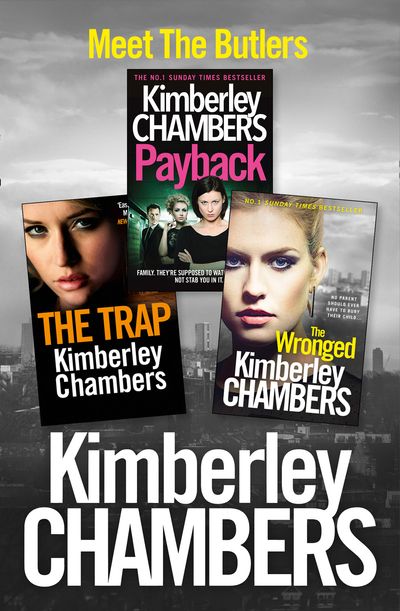 The Trap
Payback
The Wronged

THE WRONGED
There are some families that welcome newcomers with open arms, then there are the Butlers. An East End family no good girl wants to marry into…

Jo fell for Vinny Butler’s good looks, but she’s stood at one graveside too many and now she’s buried her heart as well.

Michael Butler was always the nice one, until he started running the family business. Nancy is desperate to leave, and though she would never turn her back on her children, every step they take in their father’s footsteps destroys her a little more.

Author: Kimberley Chambers
Format: E-book
Release Date: 01/10/2015
ISBN: 978-0-00-816013-5
Sunday Times #1 bestselling author Kimberley Chambers lives in Romford and has been, at various times, a disc jockey and a street trader. She is now a full-time writer.Join Kimberley’s legion of legendary fans on facebook.com/kimberleychambersofficial and @kimbochambers on Twitter