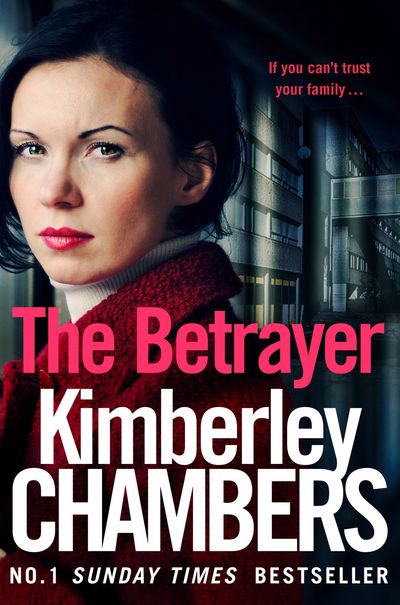 If you can’t trust your family…

A family at war. A mother who comes out fighting…

Maureen Hutton’s life has never been easy. Married to an alcoholic and stuck on a council estate in East London, she scrimps and saves to bring up her three children alone.

Murder, the underworld, drug addiction – over four decades, Maureen sticks by her blood through thick and thin. But then the unforgivable happens. Maureen is told a terrible secret which threatens to rip her family apart. She can’t say anything. She is too frightened of causing a bloodbath.

The only thing Maureen can do is to get rid of the betrayer, before it is too late.

Author: Kimberley Chambers
Format: ebook
Release Date: 01 Jan 2017
Pages: None
ISBN: 978-0-00-822863-7
Sunday Times #1 bestselling author Kimberley Chambers lives in Romford and has been, at various times, a disc jockey, a cab driver and a street trader. She is now a full-time writer.Join Kimberley’s legion of legendary fans on facebook.com/kimberleychambersofficial and @kimbochambers on Twitter

”'This beautifully crafted, sharp, well-paced novel will keep you hooked until the very end. An outstanding tale of betrayal, violence and love. Buy it. Read it. You'll love it. I did.” - Amanda Prowse