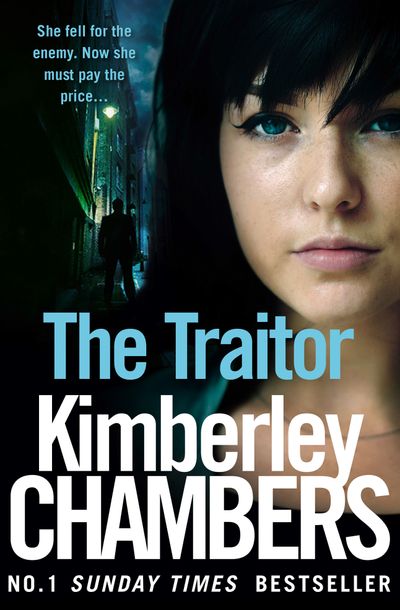 She fell for the enemy. Now she must pay the price.

The gripping second novel from the #1 bestselling author in the Mitchells & O’Haras trilogy.

The Mitchells and the O’Haras have been enemies for years.

One a gangland family, the other travellers, they resort to violence to solve problems between them. So when Frankie Mitchell fell for Jed O’Hara, it was only going to be a matter of time before all hell broke loose.

Clever, ruthlessly attractive to women and slippery as a snake, Jed O’Hara has Frankie exactly where he wants her – pregnant and estranged from her family. Even Eddie Mitchell, Frankie’s terrifying father, is no threat – he’s in prison awaiting trial for murder.

But Frankie is not a Mitchell for nothing and when she begins to suspect the extent of Jed’s treachery, she puts together a lethal plan.

Author: Kimberley Chambers
Format: Paperback
Release Date: 12 Jan 2017
Pages: 496
ISBN: 978-0-00-822867-5
Sunday Times #1 bestselling author Kimberley Chambers lives in Romford and has been, at various times, a disc jockey, a cab driver and a street trader. She is now a full-time writer.Join Kimberley’s legion of legendary fans on facebook.com/kimberleychambersofficial and @kimbochambers on Twitter