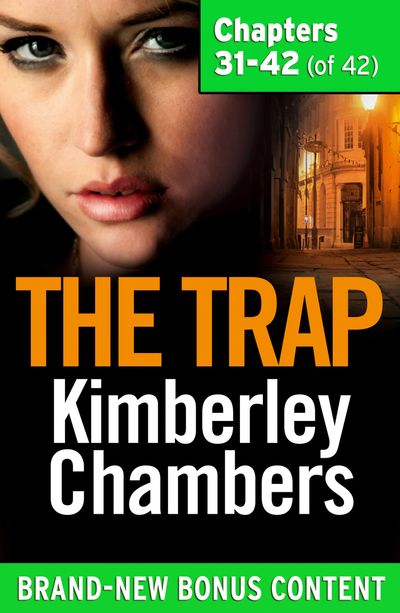 THE TRAP has been serialized into 3 parts – this is PART 3 OF 3 (Chapters 31 to 42 of 42) with EXCLUSIVE NEW CONTENT. TRY THE HEIR TO MARTINA COLE FOR A SPECIAL PRICE, with a story of murder, the underworld, violence and treachery.

Author: Kimberley Chambers
Format: Digital download
Release Date: 25 Apr 2013
Pages: None
ISBN: 978-0-00-752966-7
Sunday Times #1 bestselling author Kimberley Chambers lives in Romford and has been, at various times, a disc jockey and a street trader. She is now a full-time writer.Join Kimberley’s legion of legendary fans on facebook.com/kimberleychambersofficial and @kimbochambers on Twitter